Five Players You May Recognize From Other Games

Sat 7th May 2016 - 4:43am Gaming
Online multiplayer has become a mainstay for gaming since the advent of modem and network connection interface in games (thanks, id Software!). You meet all sorts of personalities in each game, sometimes you double up on the same personality types which can make things interesting. But often people like to talk about the negative experiences they had with, “this _____ feeder…” or “_____ just won’t get off my favorite class” in team games. I have played Overwatch for less than a week and I recognized the same process patterns that many players go through depending on hero-type. I can’t say I was surprised, but I did find it interesting to start noticing these particular nuances in player behavior. Let’s get started.

You ever get that player that takes charge of things no matter how they’re doing, good or bad, in the game? If the Team Captain is doing well, most people will often listen to this person, but it’s the Team Captain that isn’t doing well but is making arguably good calls in a tough game that really stand out. When you encounter more than one Team Captain in the same game, things can get a little confusing when they make conflicting calls. Luckily in Overwatch, there aren’t multiple objectives to take, only multiple approaches in which you can take them while also being able to change your team composition on the fly. Some games lack Team Captains all together and it may be up to you to step up and take charge. Make Soldier 76 proud!

Supports have gotten a bad rap for taking the “easy” role in games since MOBAs have gotten more popular, but in reality, support has been around for much longer than DoTA. In MMO’s the healer class acted as party support and were integral members of the team that are usually the key to success or failure on dungeon raids. In FPS’s, the medic class has been utilized in games like Battlefield and Team Fortress 2, where they can either revive fallen teammates or provide some much-needed healing to keep the main effort of the team on the map. Overwatch has four heroes that are classified as support, all of which providing different buffs aside from flat healing and revives (admittedly I play a lot of Mercy). Blizzard has even gone on to experiment with an old, but often an unknown type of support to Gamers, the support-by-fire. A good support is the backbone of a team that makes mistakes less painful and deliberately risky plays doable.

The bane of a Team Captain’s existence is the guy that just won’t listen to calls because it sounds way too risky to them. They’ve been watching you, Team Captain, all game and they know that they shouldn’t listen to any of your calls because you clearly can not make good game-winning decisions due to your 3/3/1 KDA. The Overcautious player is afraid of taking risks and likes to play heroes they’re comfortable on, often they’ll contribute only to kills by getting the last hit on a focused down target, which inflates their KDA above others. But really all they’re doing is preventing tangible results from happening due to their inability to advance with the rest of the team. Whether it’s from lack of trust, or an honest belief that by camping in a certain area of the map they can somehow bring about some winnable strategy (they don’t usually have one) if the team just stops being bad.

High DPS, high mobility, or great tankiness with DPS. John Rambo is going to win this game all by themselves by killing the enemy team into submission. There are two types of John Rambos, the feeder, and the god. There are usually good and bad ways to work with each type of player in Overwatch, and John Rambo is no different. Give John Rambo the follow up he really doesn’t deserve and he may actually believe he’s winning the game solo. But follow a call that doesn’t fit John Rambo’s take on Hamlet, then you may have to reign the wild horse in for some much-needed team huddle time.

The analytical genius looking to be the next YouTube sensation with their off-meta play style. They’re going to take the competitive world by storm by doing something no one else has ever thought of. What do you mean learn the actual meta of the game? They already understand all there is to know about winning in Overwatch! This is their moment to shine by playing assassin style on Reinhardt or a front line Tracer without backup. Team play? What’s that? By breaking the meta you eliminate the need to coordinate with the rest of your team. Hell, they wouldn’t understand what you were doing anyway so break away at that pesky meta, there are more ways to skin a cat.

There are more personality types that I know I’ve missed, but that’s where you come in! Share some player patterns you’ve noticed in-game and get creative in naming them yourself! I love hearing from our readers so give me all the feedback! Good, bad, rude, polite, doesn’t matter! Also, check out John Jiao Photography if you haven't already googled the sweet Fem Reaper cosplay and other great shots from John Jiao himself!  More interested in the cosplay?  Then head on over to Jynx Art & Cosplay for other awesome costume creations! 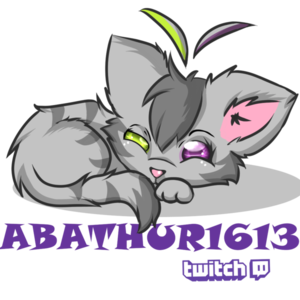